Borrowing from romanticized notions of the American frontier, synonymous with ideals of exploration and expansion, photographer Patrick Wack captures a visual narrative of China’s westernmost region—Xinjiang.

Whereas the American West conjures images of cowboys and pioneers, of manifest destiny and individualistic freedom, the Chinese West has not yet been so defined. It is a place of pluralities—of haunting, expansive landscapes, of rough mountains and vivid lakes, of new construction and oil fields, of abandoned structures in decaying towns, of devout faith and calls to prayer, of silence and maligned minorities, of opportunity and uncertain futures. It is a land of shifting identity. In essence, Xinjiang is the new frontier to be conquered and pondered.

Literally translating to “new frontier” in Chinese, Xinjiang is a land apart, and has been so for centuries.

More than twice the land area of France with a population less than the city of Shanghai, the Chinese province of Xinjiang once connected China to Central Asia and Europe as the first leg of the ancient Silk Road. Yet it remains physically, culturally, and politically distinct, an otherness within modern China. Its infinite sense of space; its flowing Arabic scripts and mosque-filled cityscapes; its designation as an autonomous region; and simmering beneath, its uneasy relationship with the encroaching, imposing, surveilling East. For China’s ethnic Han majority, Xinjiang is once again the new frontier, to be awakened for Beijing’s new Silk Road—China’s own manifest destiny—with the promise of prosperity in its plentiful oil fields. For Patrick Wack, Out West is as a much a story of the region as it is his own, as much a documentation of a contemporary and historical place as it is an emotional journey of what it means to strive, and for what. There exists an inherent fascination in the region—as both key and foil to the new China—and a siren’s call to its vast limitlessness that instinctively incites introspection and desire. Showcasing a romanticism of the frontier, Out West presents Xinjiang via the lens of its present day, in photography that speaks of the surrealistic tranquility—and disquiet—of the unknown. 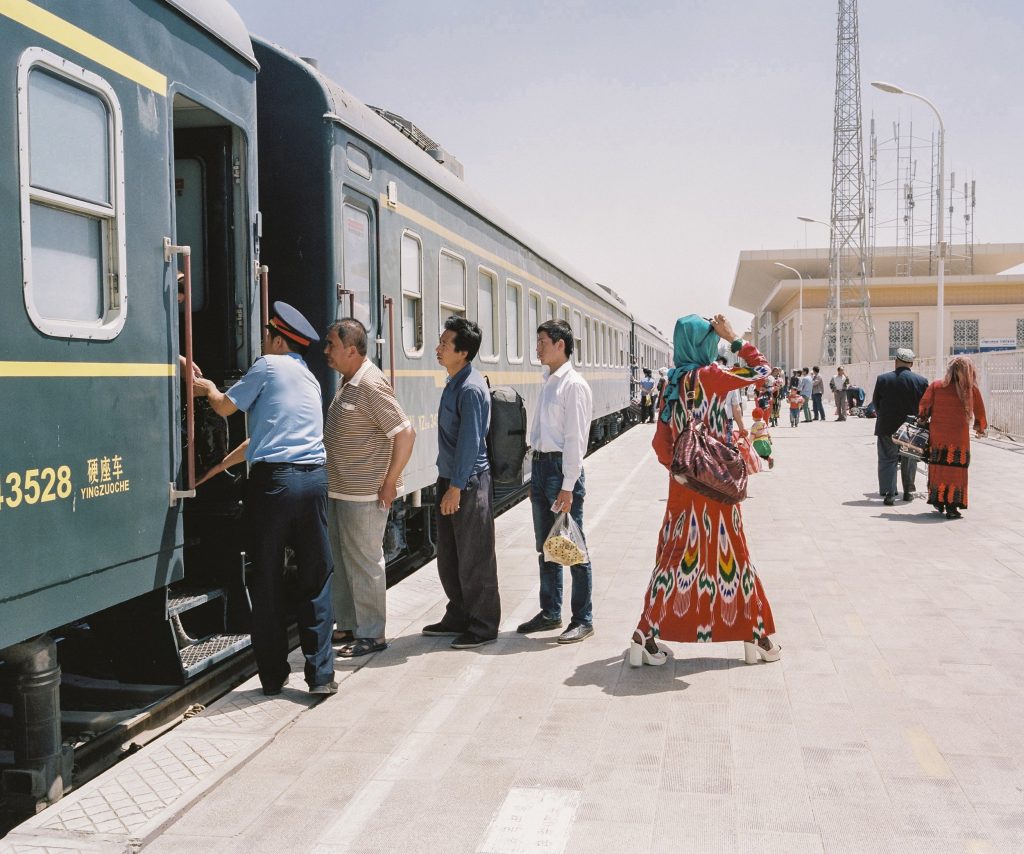 May 2016. Xinjiang province, China. Travellers getting on and off the train to Hotan at the Kashgar railway station, on the only railway linking the oasis towns south of the Taklamakan desert. 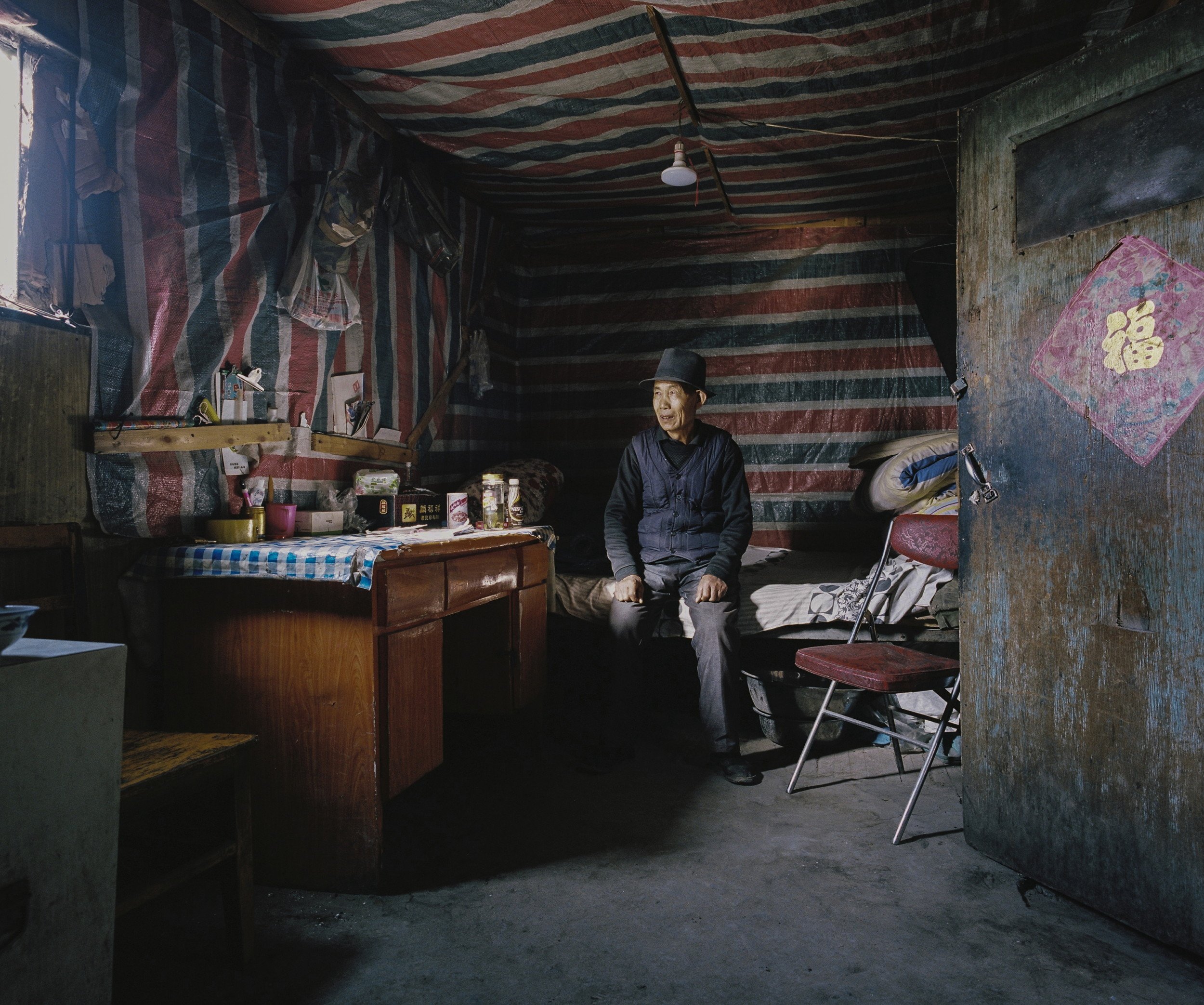 December 2016. Xinjiang province, China. Old Han Chinese man photographed in the bedroom of his house. He is the guardian of a mine in the Taklmakan desert in the western Chinese province of Xinjiang. 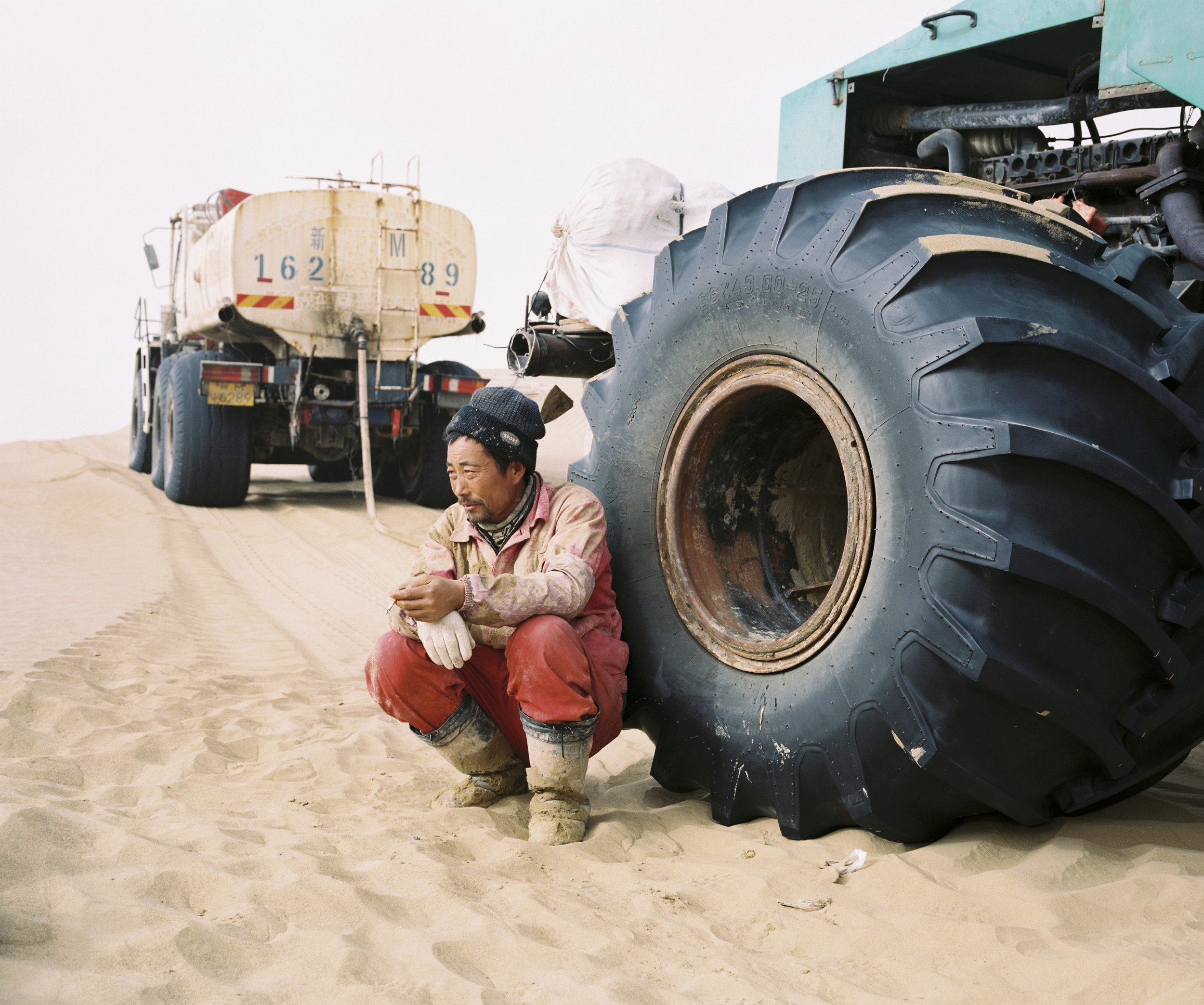 December 2016. Xinjiang province, China. Senior technician from a Chinese state-owned oil company taking a cigarette break after lunch near one of the team's vehicle. 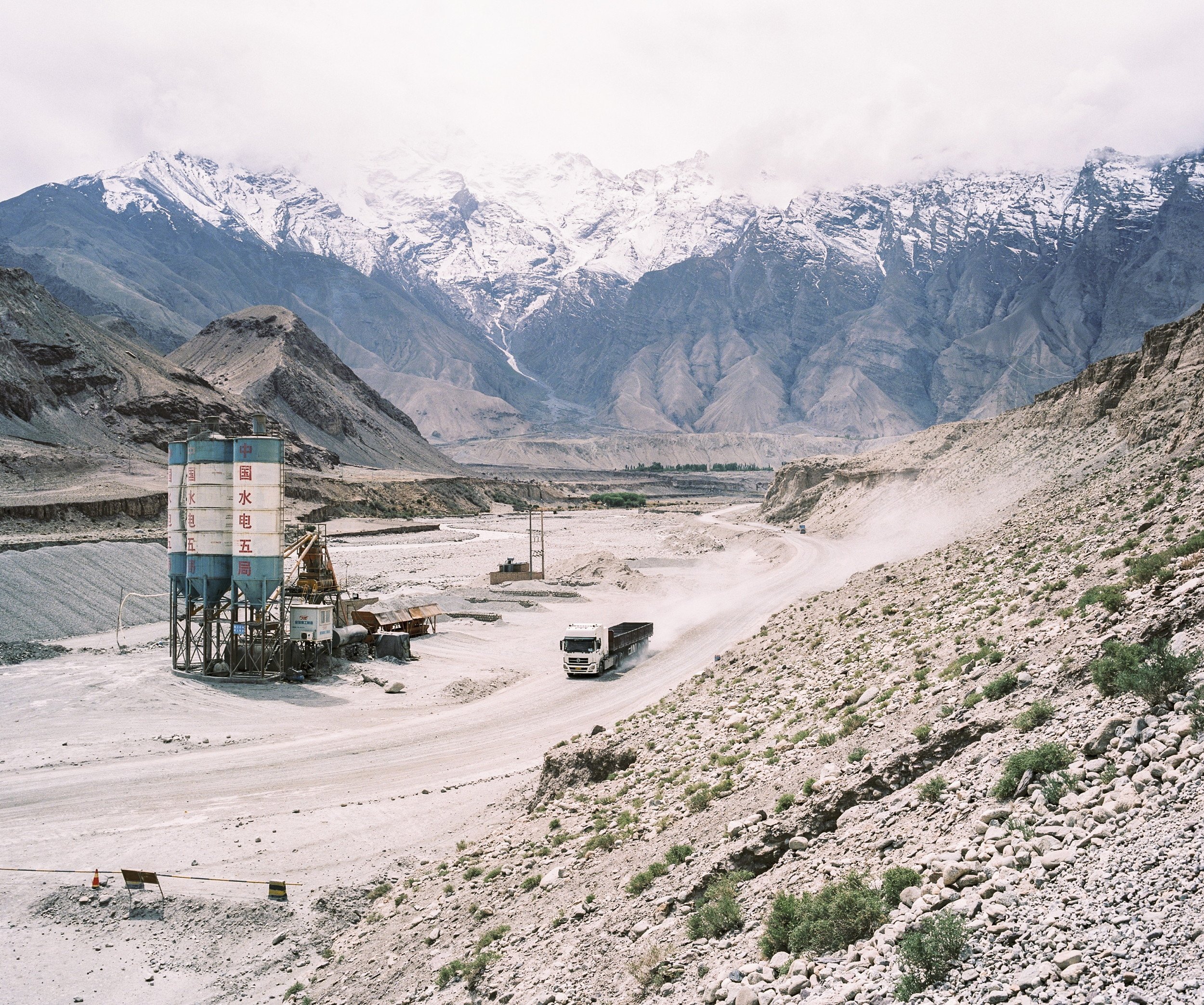 Road G314 in China, aka the Karakoram highway, the road linking the western Chinese province of Xinjiang with Pakistan through the Pamir mountains. 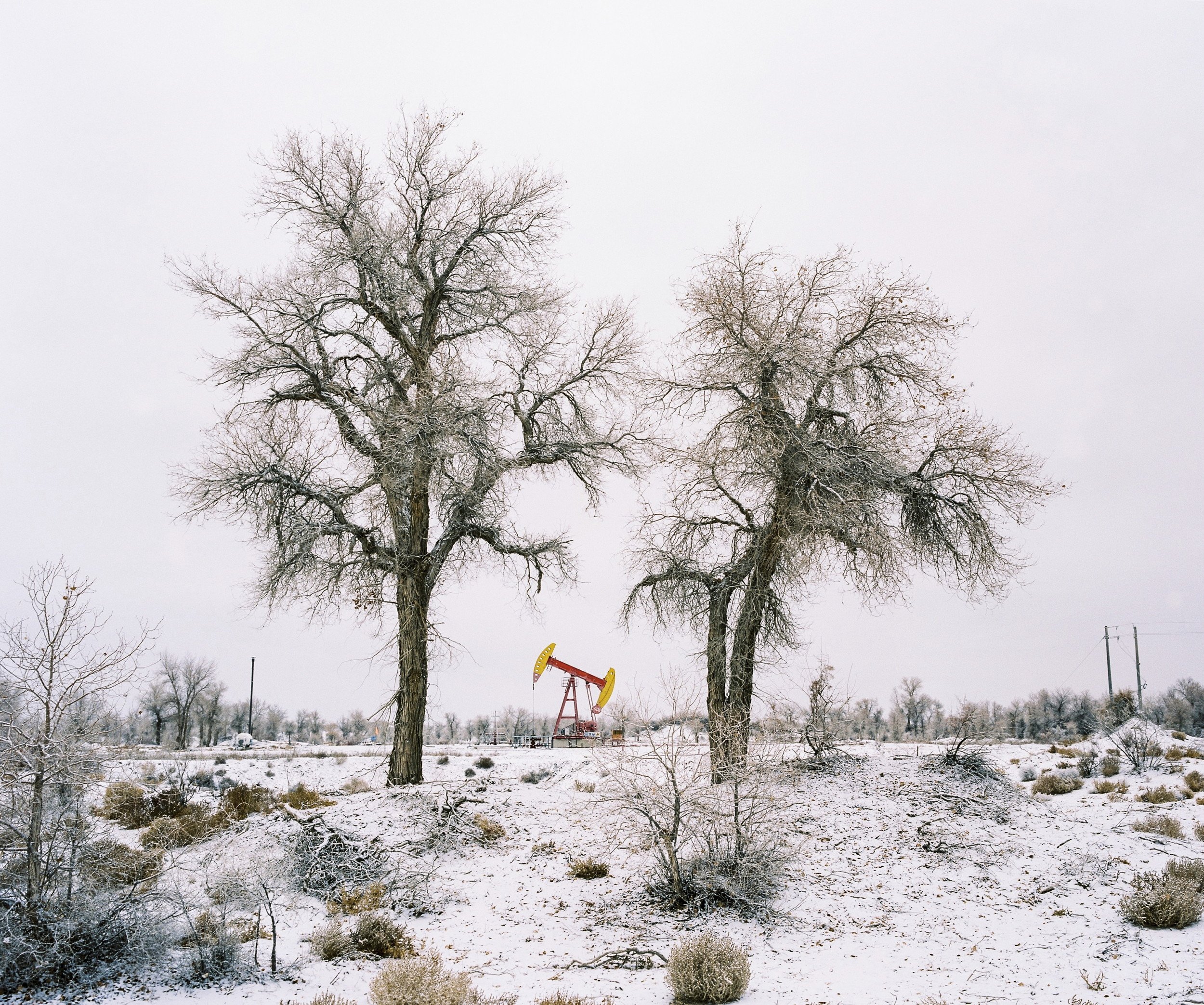 November 2016. Xinjiang province, China. Oil derrick at the Norther border of the Taklamakan desert in Luntai county in Xinjiang in between Korla and Kuqa. 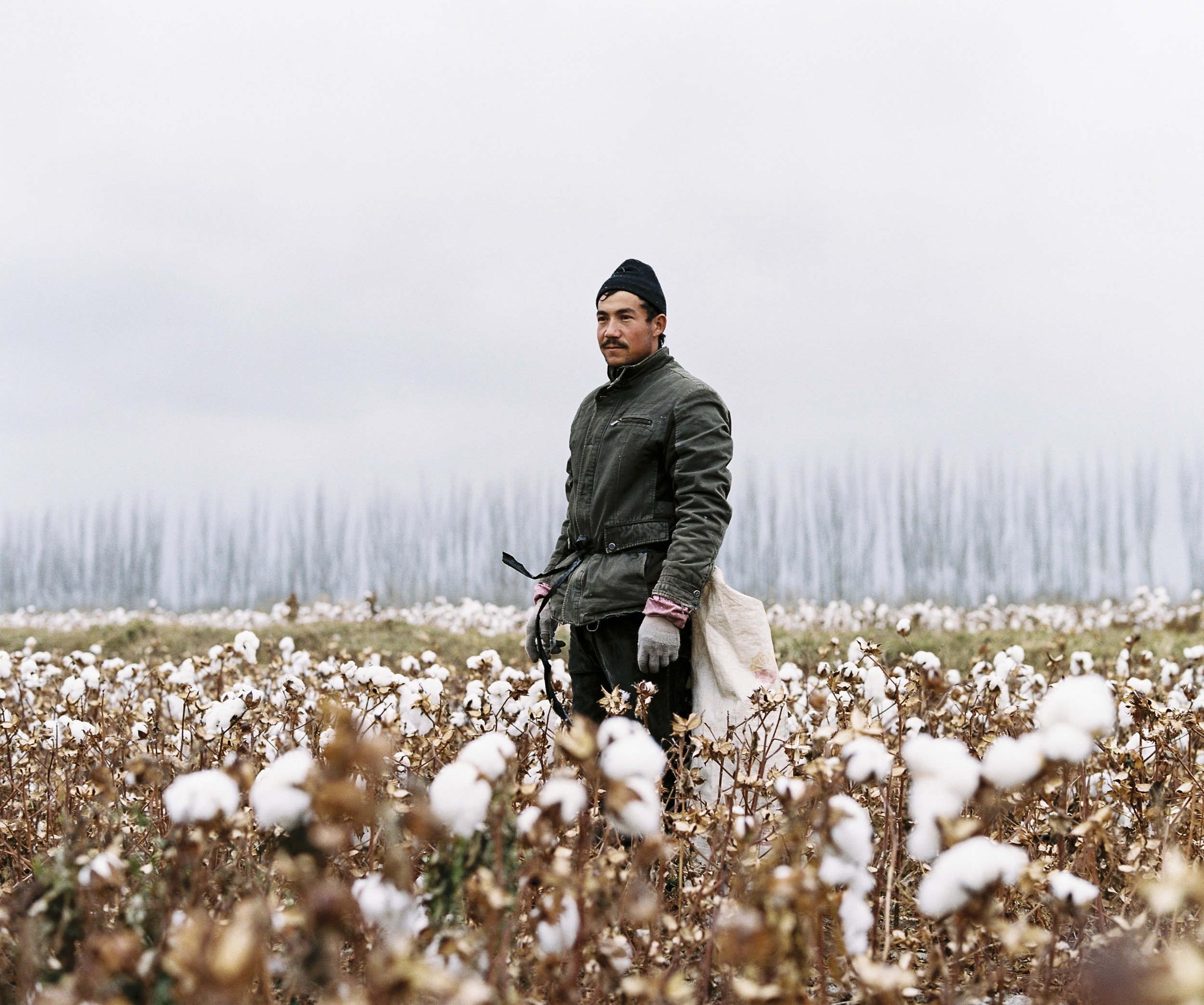 HERE ARE THE MEN

THE PATH: JOURNEY TO A BETTER FUTURE